A Night on Broadway with the King 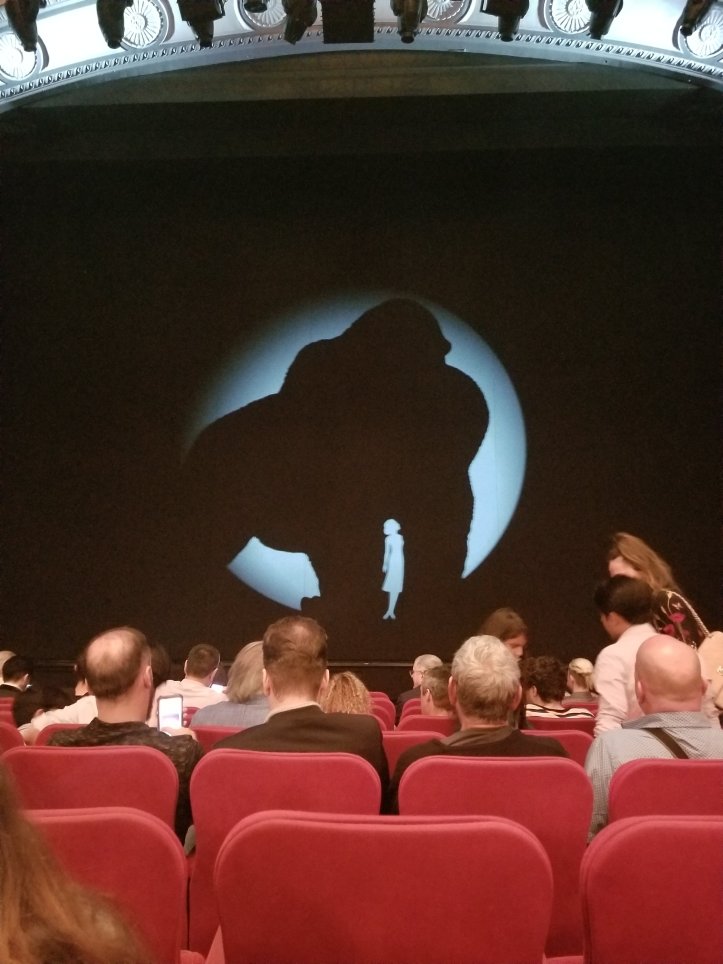 I love New York, and I love how close and convenient it is from my house. A quick trip over the George Washington Bridge, and I’m in Manhattan. But as close as it is, the city intimidates me. Don’t get me wrong, I love visiting the Big Apple, I just can’t do it alone. I have this weird fear that I will get lost, and be left to aimlessly wander the streets of the big city forever (not really, but I’m sure you get my point). Luckily, I have a friend named Ellen. Ellen is a complete Broadway junkie, and she knows absolutely everything there is to know about Broadway. She knows which shows are a must see, who are the best actors, the most talented singers, and she knows how to score great seats. Last year my son and I were lucky enough to go see Rocktopia with her and we LOVED IT!!! My son loved it so much that he couldn’t wait to make plans to go see another show. But how do you narrow down a smorgasbord of culture and entertainment? For us, we went by what would entertain a 15 year old boy.

Ellen and I would have been thrilled to see The Cher Show, Tootsie, or the Carole King Musical, but we were not sure any of those would hold my son’s interest. After a little research we finally decided on King Kong. This was a new show on Broadway, and we were curious about how this classic story would be interpreted on the big stage. My son was all in because honestly what 15 year old wouldn’t want to see a 20 foot tall, 1.2 ton gorilla. No, he’s not a real gorilla, he’s actually part robot, part puppet, and it takes 15 puppeteers to move him. This is a new format for Broadway, which made it all the more fascinating.

With our decision made on which show to see, Ellen did all the legwork and got us amazing seats in Row I Orchestra, for $110 each. The night of the show, we drove to the Port Imperial Ferry in Weehawken, which is about 10 minutes from my house. We parked the car, hopped on the ferry, and in a few minute we were in Midtown!

But first we eat…

We knew we wanted to eat before the show and we all love Mexican food, so our decision was easy. My brother Nino manages Iguana NYC, which is by far one of my favorite Mexican restaurants, so off we went! 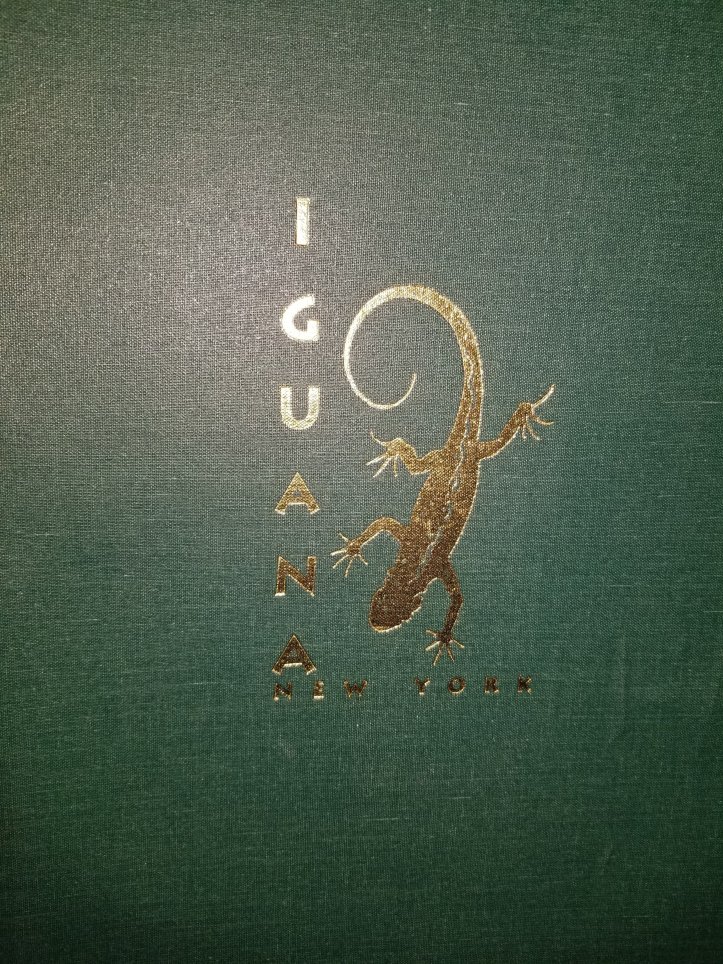 If you have never eaten at Iguana, you have no idea what you are missing! First, let me just tell you about the margaritas. They have 29 different flavors!! You have a choice of anything from the tried and true original, to passion fruit, to sangria margaritas, and each one is more delicious than the next! I know, I’m super excited, but honestly this is what margaritas do to me. Margaritas are my happy place!

I had a hard time deciding which flavor to start with so I went with the Passion Fruit and it was lip smackingly good! Ellen ordered the sangria margarita and loved it so much, I just had to take a taste. I have to agree it was super delicious, so delicious in fact that it’s hard to notice just how strong it was! My son ordered a virgin pina colada and he couldn’t stop at just one. If this was how delicious the drinks were, I couldn’t wait for the food, and trust me, we were not going to be dissapointed!

We started out with the tableside guacamole and it was out of this world! To quote Ellen “This is the best guacamole I’ve ever tasted”. The chips where fresh, crispy, and abundant! There was also green salsa, and a very spicy salsa which was too much for me, but my son loved it. In addition to the guac, we also ordered Chorizo Tostadaditas. These were little tortilla rounds with chorizo, queso fresco, and Monterey Jack cheese… holy yummm!!! My mouth is watering just thinking about them. These are not always on the menu, but they were one of the specials that night, and they really were special! My only regret was that we only had one order, but we needed to save room for more food.

For our next dish, Nino sent us an order of Tacos a la Pastor. These scrumptious little lovelies are shredded pork tacos, with a pineapple black bean salsa served on the side. The marinated pork is very tender and soooo flavorful. These left me speechless, mostly because my mouth was so full! Trust me they do not dissapoint, they are unbelievably good.

By this time I was on to my second margarita of the evening, and we were having trouble on what to pick as our main course, because everything on the menu sounded amazing. Ellen and I both decided we needed to try the Shrimp Enchiladas, and my son decided on the Tex Mex Steak Fajitas. All our entrees came with refried beans and rice on the side. I know I’m repeating myself, but everything was beyond delicious. We ate every last bite! We finished up our drinks and were feeling very happy, and very very full. We wanted to order desert, we really did, and the options on the menu sounded amazing, but we just couldn’t eat another bite. And we had a show to get to.

By this time it was about 7:15 and our show started at 8, so we knew we had to get going. We had a great time at Iguana. I have eaten at Iguana before, Ellen never had, and neither had my son, but as we were leaving we were already making plans to go back. The music is loud, the people are fun, the staff is amazing, there are three different floors, they offer live music and dancing, and my brother Nino is there, and he’s the best! If you’re looking for a quiet quaint restaurant, this isn’t your place, but if you like margaritas (29 flavors!!!), amazing Mexican food, and lots of fun, then Iguana is your place. The best part…it’s around the corner, literally a 5 minute walk from the Broadway Theater where King Kong was playing.

We made our way to the theater, got on line, went through security, and picked up our tickets at the box office. My son bought a shirt, and my advice is to always buy your merchandise before the show, because afterwards the stand is mobbed with people. We found our seats and were thrilled with how close we were to the stage.

All hail the king…

We really enjoyed the show! I wasnt sure how King Kong would translate on Broadway, but we loved it and we thought it was really well done. The cast was great, the scenery was impressive, and story was trimmed just enough, where none of the important aspects were cut out. But let’s face it, the real star of the show is King Kong himself, and he didn’t disappoint. As I mentioned earlier, he is part robot, part puppet and he is enormous. The puppeteers who help with his movements can be seen throughout the show, even with their black hoodies, but the audience easily forgets they are there because they begin to blend in to the background. At one point in the show King Kong walks right onto the end of the stage and looks menacingly at the audience, it’s easy to forget this is not a real gorilla.

Pictures and videos are not allowed during the show, but knowing how in awe the audience is about this larger than life cast member, they do give a picture and video opportunity at the very end.

We really enjoyed the show. It was funny at times, moving at times, and entertaining the whole time. As much as I enjoyed the story, the production is what really blew me away. Can you imagine a 20 foot tall gorilla scaling the Empire State Building on a Broadway stage? Well the magic of Broadway made it happen, and it also made me feel like I was scaling the skyscrapers with him.

I recently found out that King Kong will be closing on Broadway on August 18th, and will be relocating to Singapore. So if you’re interested in seeing the show, try to get tickets as soon as possible, because you may not ever get the chance again.

We had a great time and really enjoyed our night out with the King.

This site uses Akismet to reduce spam. Learn how your comment data is processed.

As an Amazon Associate I earn from qualifying purchases.