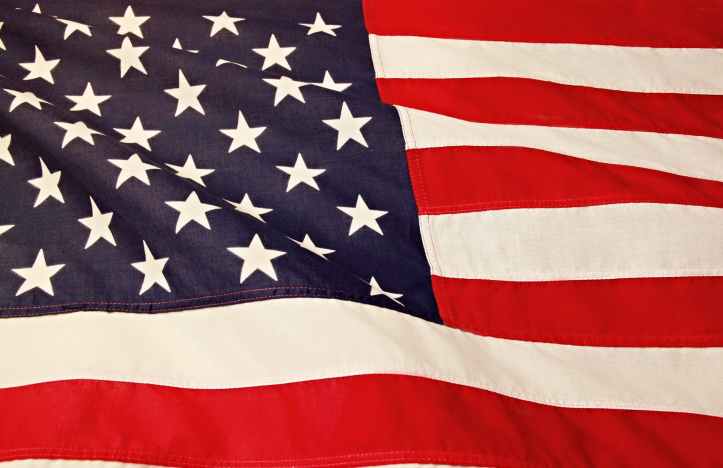 September 11, 2001 shook me to my core, as it did to many others. I live in New Jersey, so it felt like the horror of that day happened right in my own backyard. I could see the smoke that lasted for days, I watched the news coverage praying for survivors, and I felt the anger at the death and destruction that some heartless individuals, with no souls, were able to cause to innocent lives.

Living so close to NYC, you would think that I would have visited the memorial much sooner. I wanted to go, I always knew I would go, but it took me until just this past summer to finally get there.

In July my close friend and her children were visiting from North Carolina, and as a former Jersey Girl herself, she really wanted to visit the memorial. Together with our kids, we made our way over to NYC via the Port Imperial Ferry.

The Freedom Tower was the first thing we saw and it was absolutely immense. It is a beautiful building, and it can be seen from miles around. We did try to go up to the observation deck, but when we found out it would cost us $45 per person we changed our minds. There were seven of us, and at $45 per person it would have cost us $315. The museum itself was far more important to us, so we passed on the Freedom Tower, and settled for some pretty pictures from outside on the sidewalk. 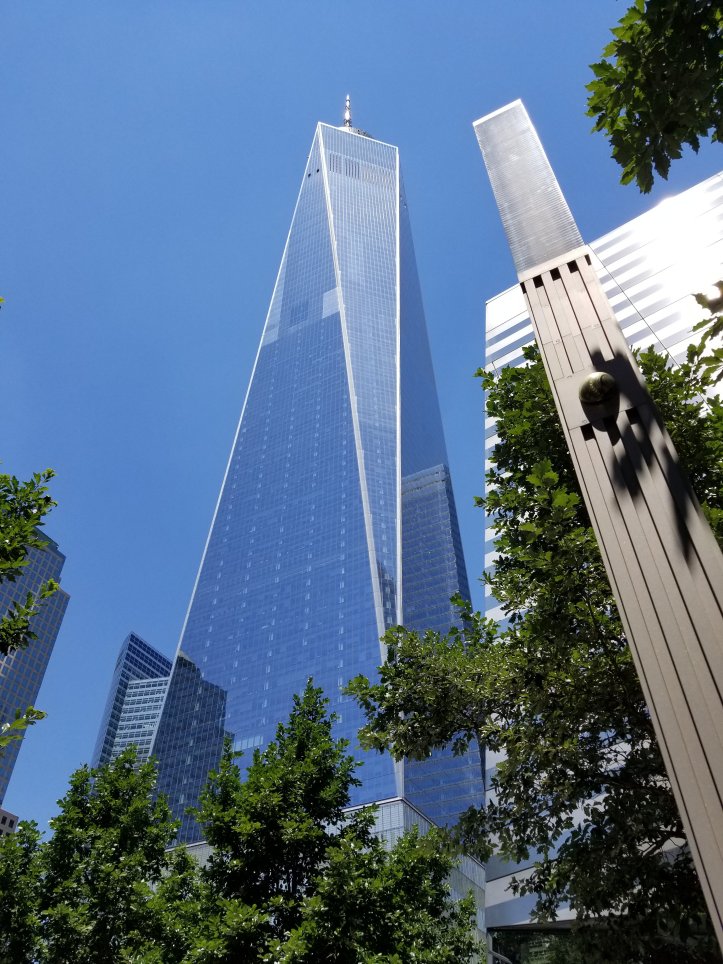 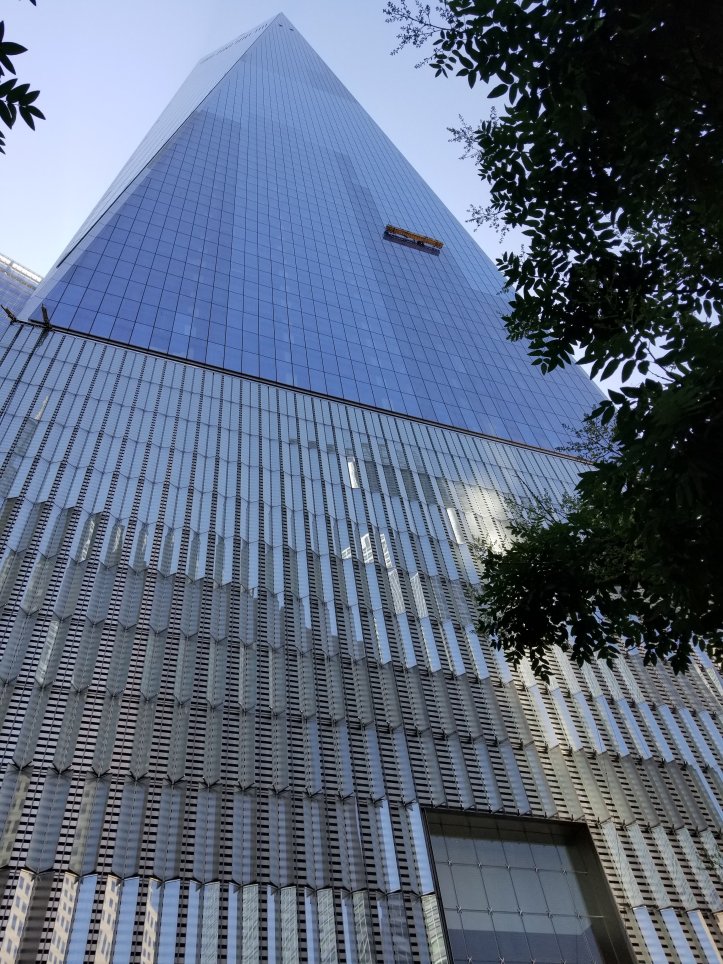 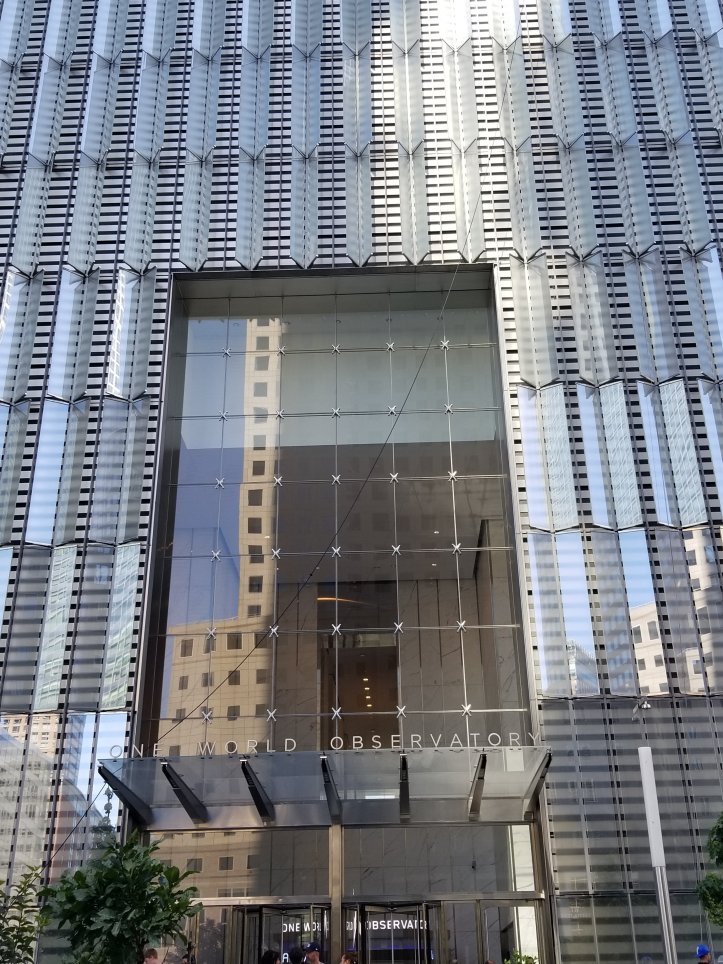 I wasn’t sure exactly how I would react when I stood on the grounds of what were the twin towers. Sadness, anger, absolutely, but I was also overcome with a sense of peace, and mesmerized by the beauty and serenity.

The entire concept of the reflecting pools in the footprints of the towers, along with the water to represent the tears that will never end, and the names of all those who lost their lives etched into the bronze along the edge, is a beautiful and peaceful testament to the lives lost. They have not and never will be forgotten. 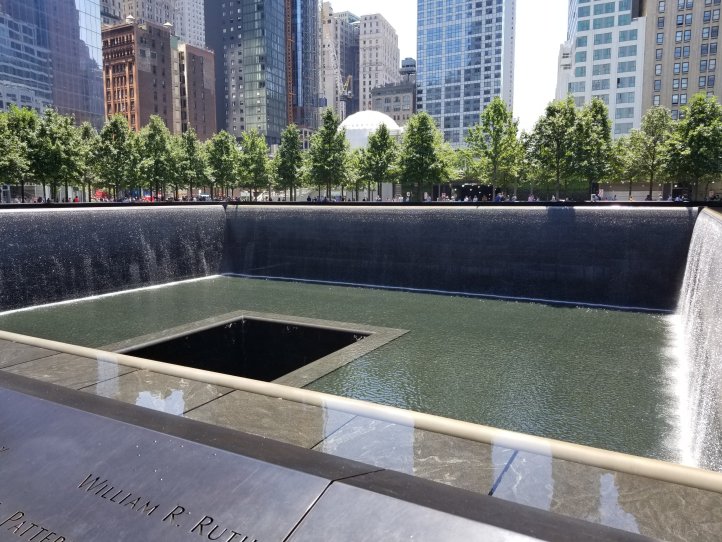 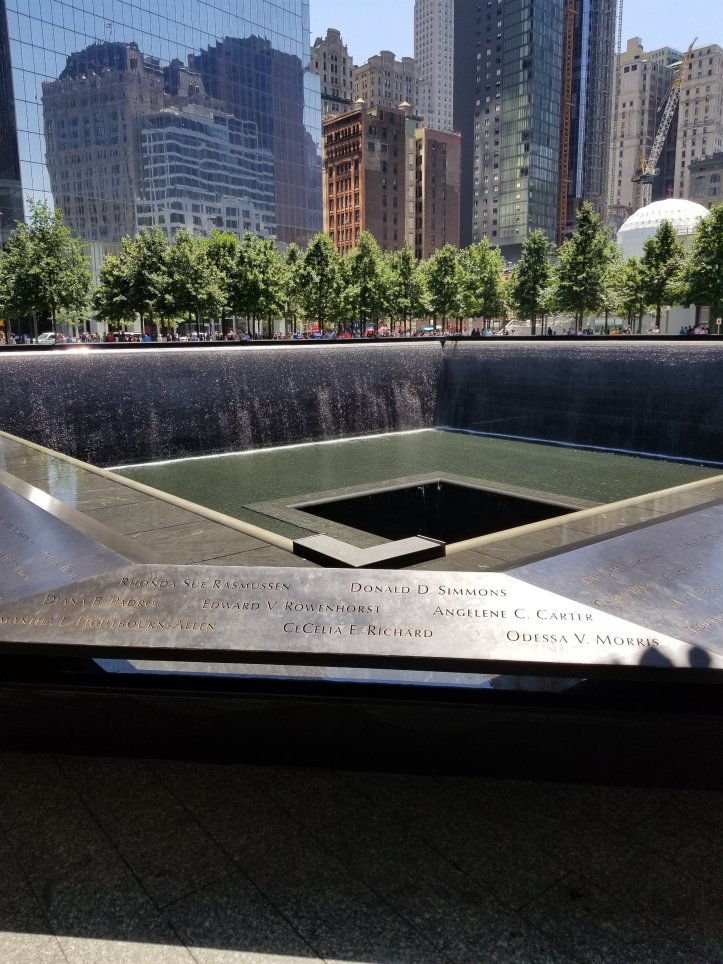 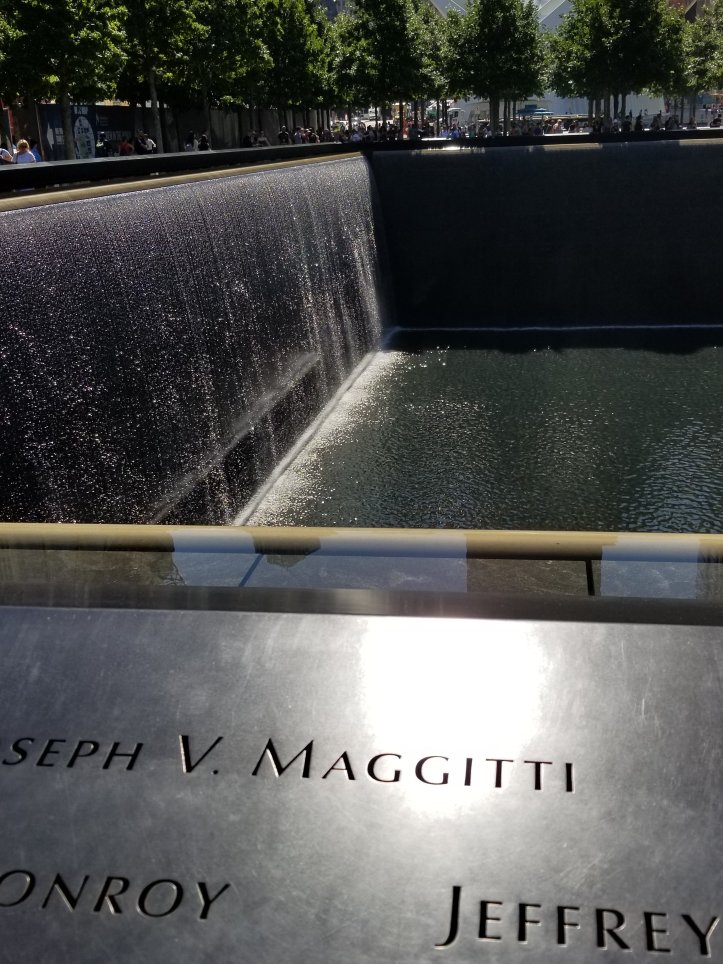 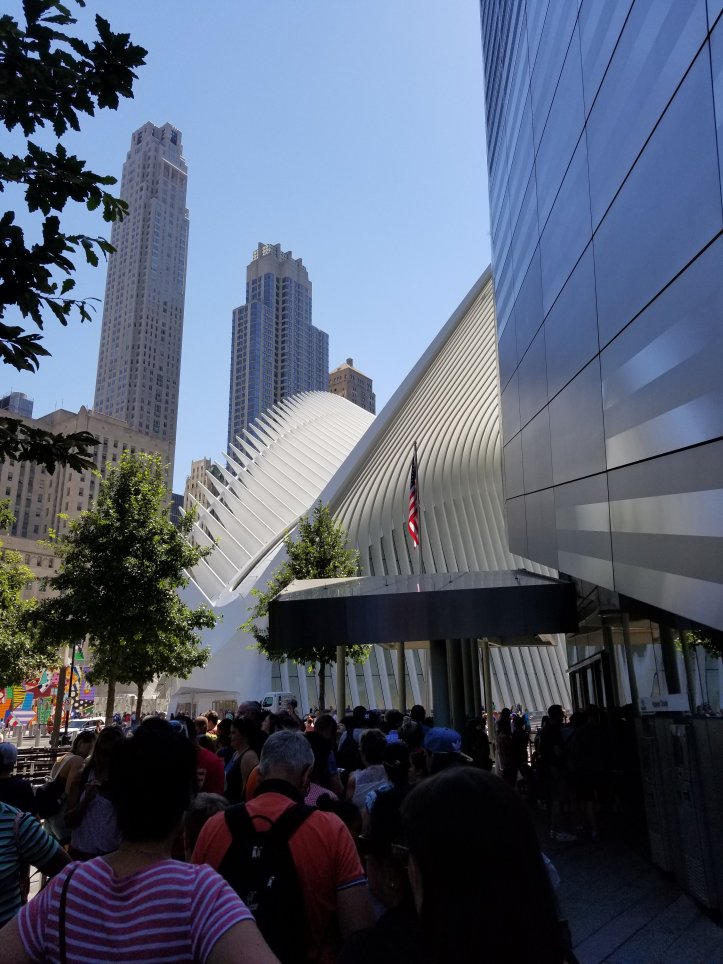 We had not bought tickets to the museum beforehand so we did have to stand in line, but it moved very quickly. 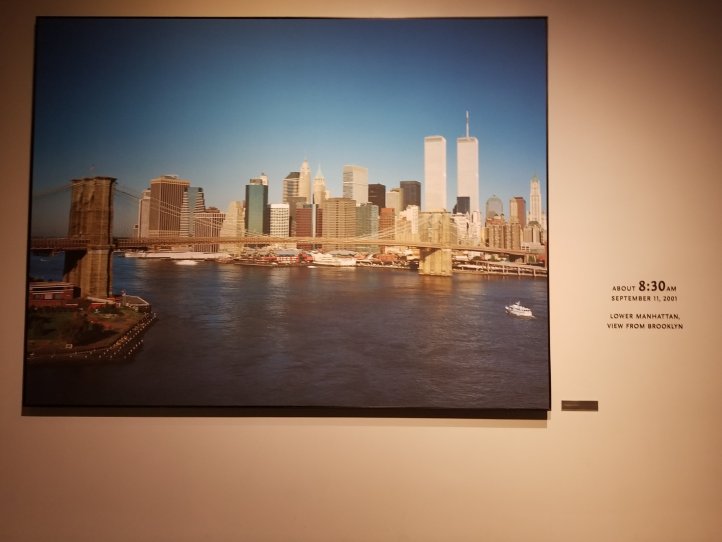 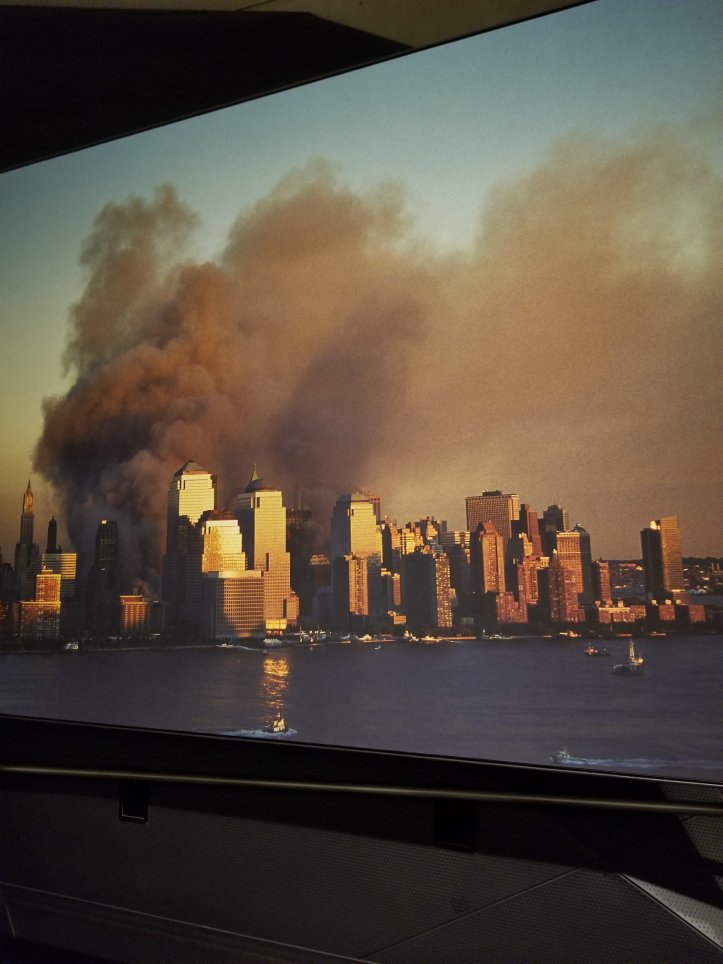 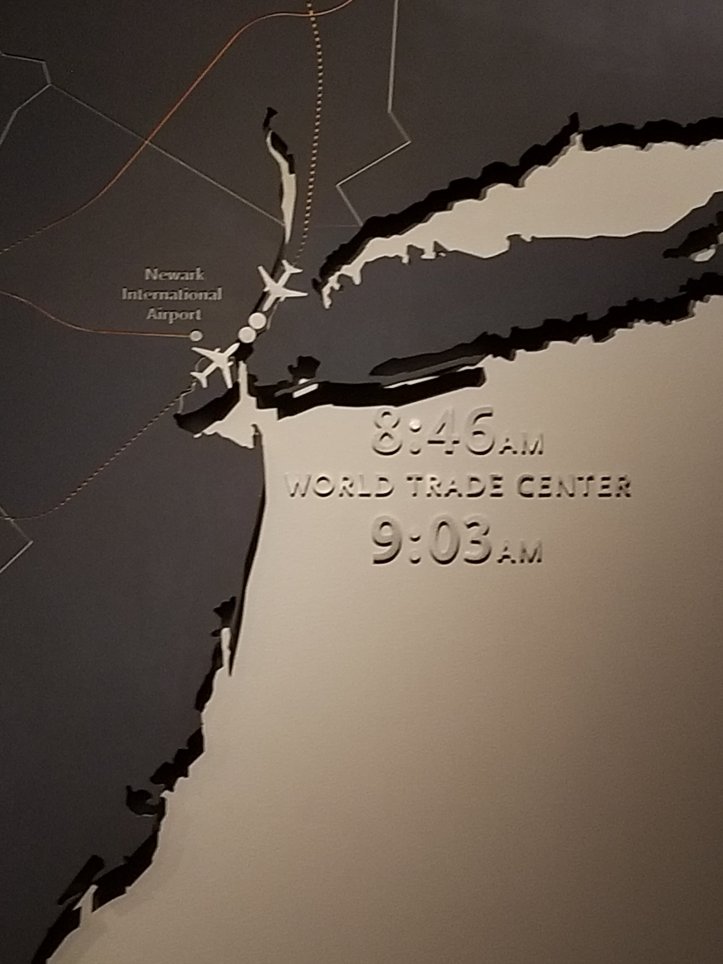 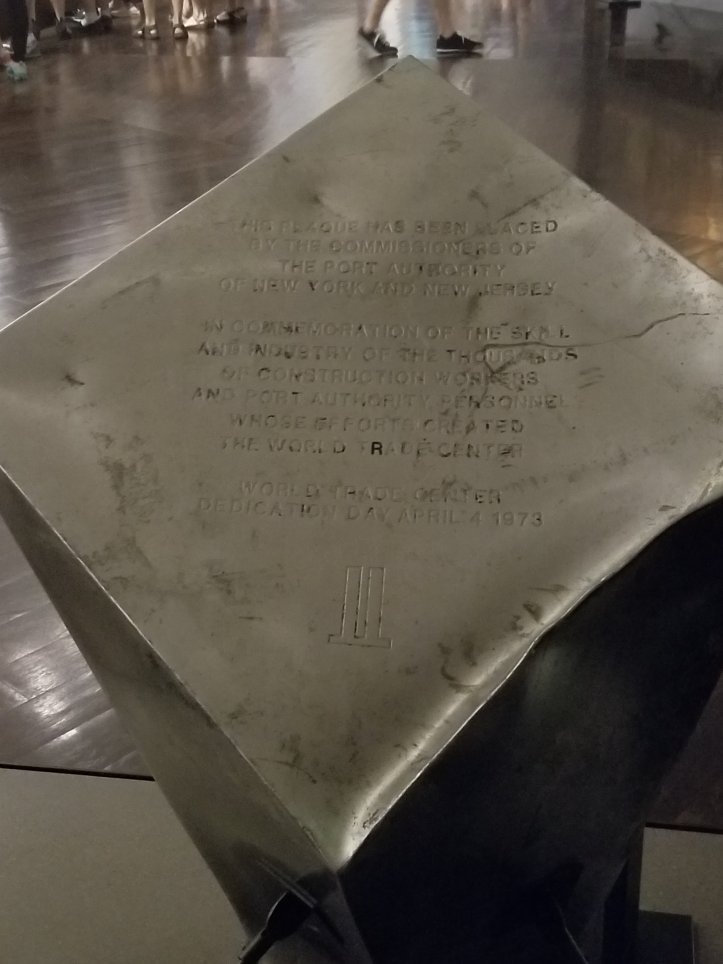 The dedication pedestal from outside the towers dated April 14, 1973. 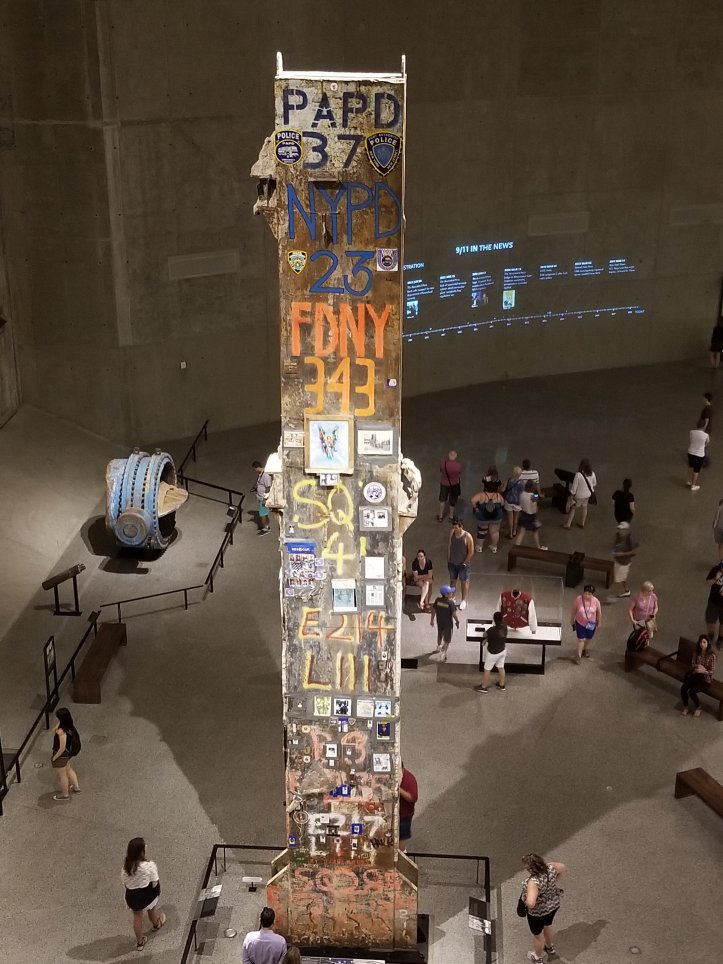 An I-Beam dedicated to the first responders lost: 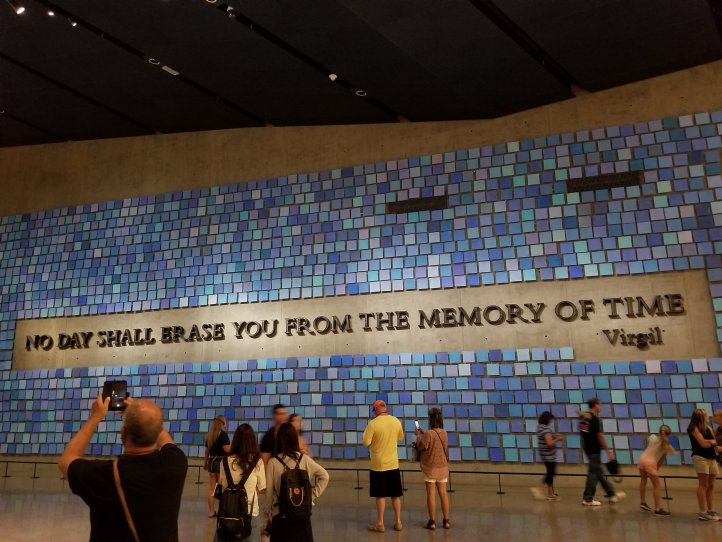 Trying to Remember the Color of the Sky on That September Morning.

Individual handpainted tiles, one for each of the 2,983 lives lost in the September 11th attacks as well as the 1993 attack on the World Trade Center. 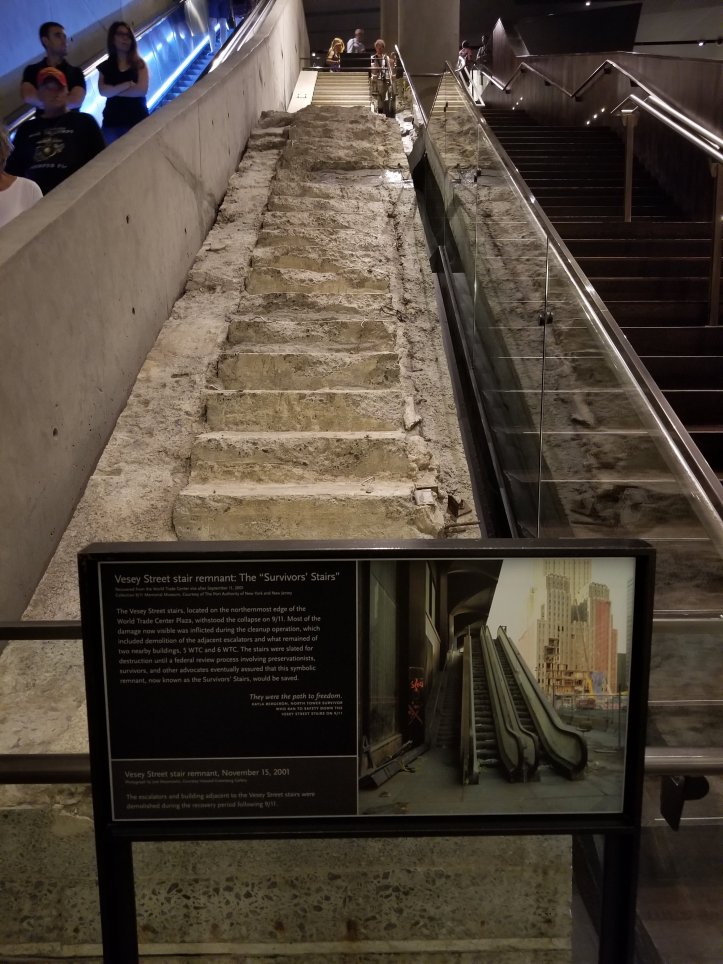 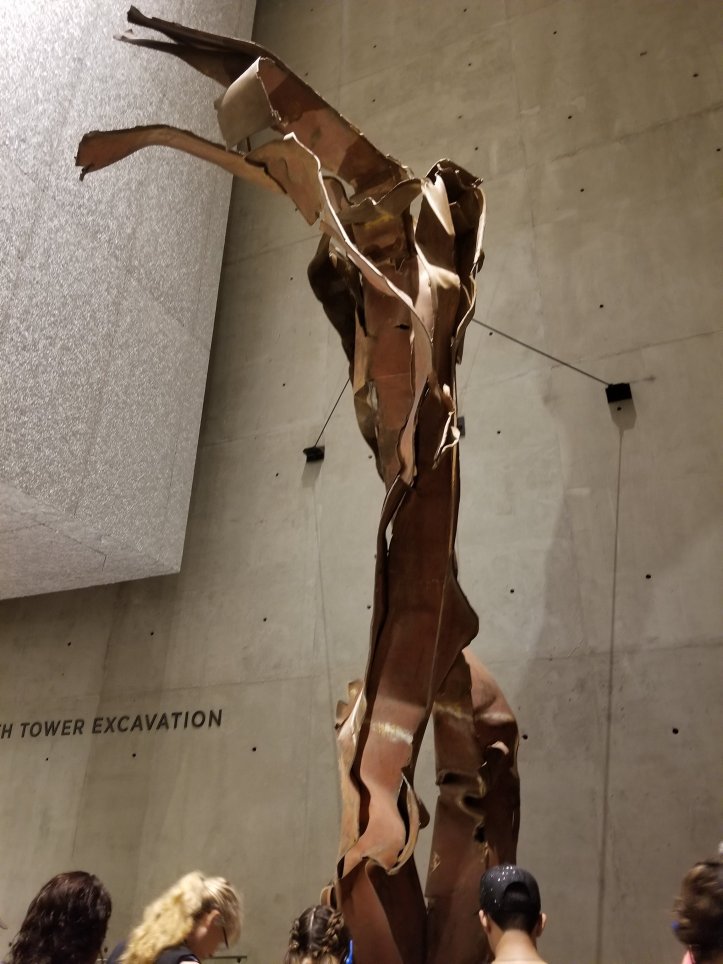 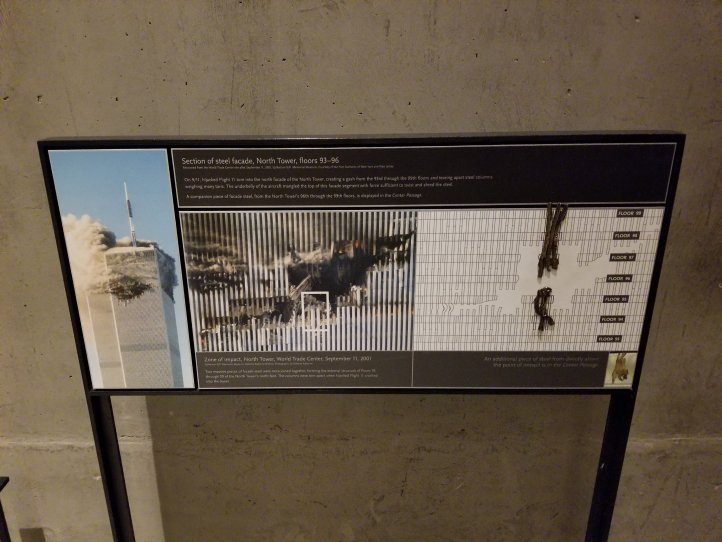 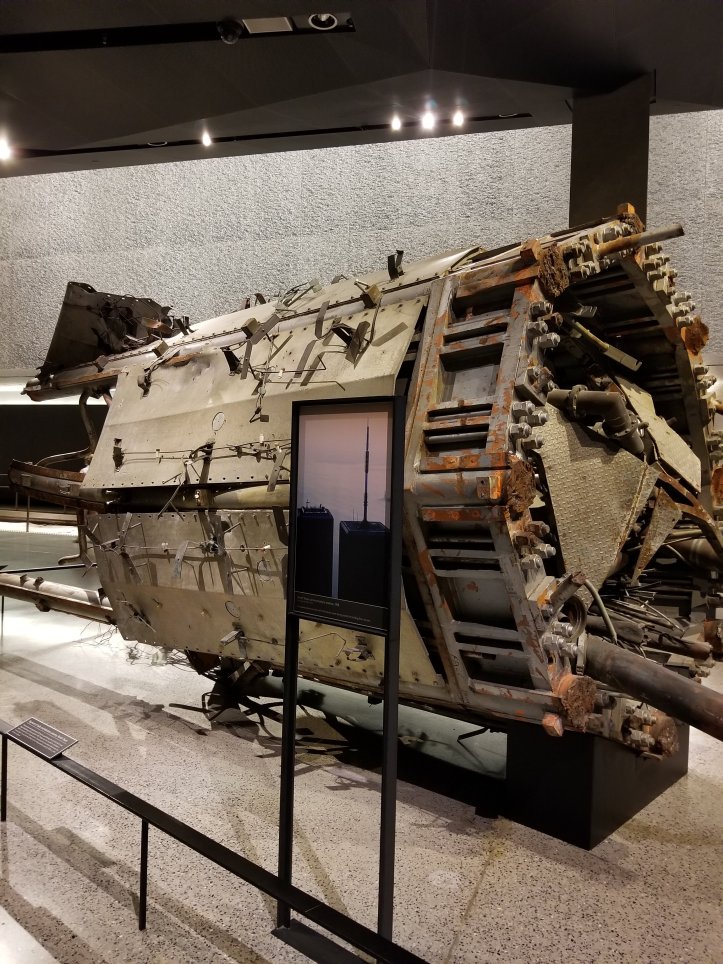 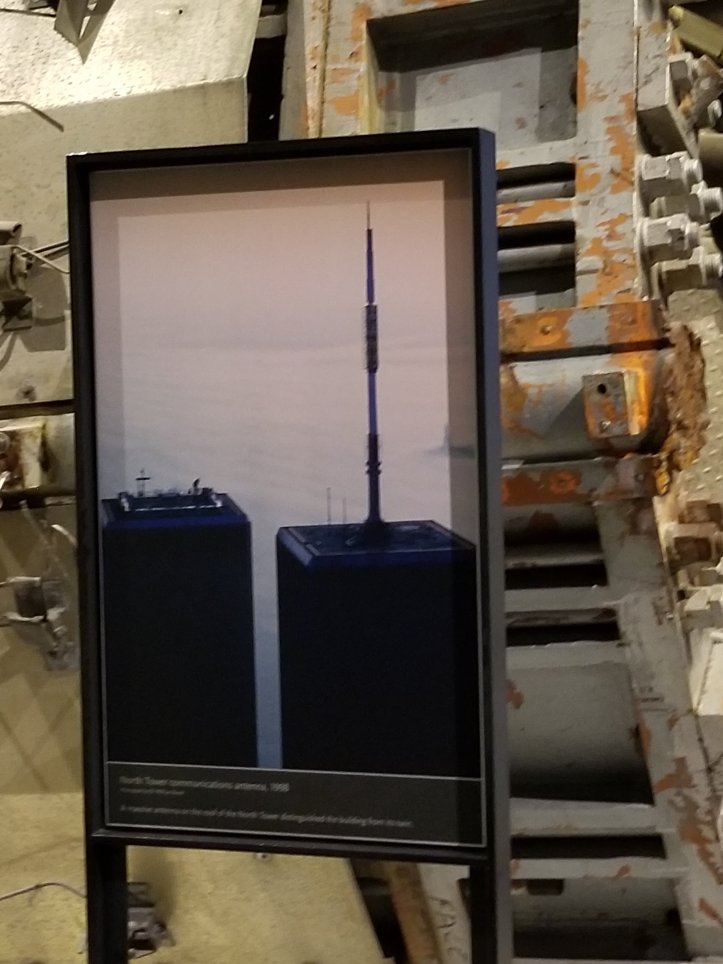 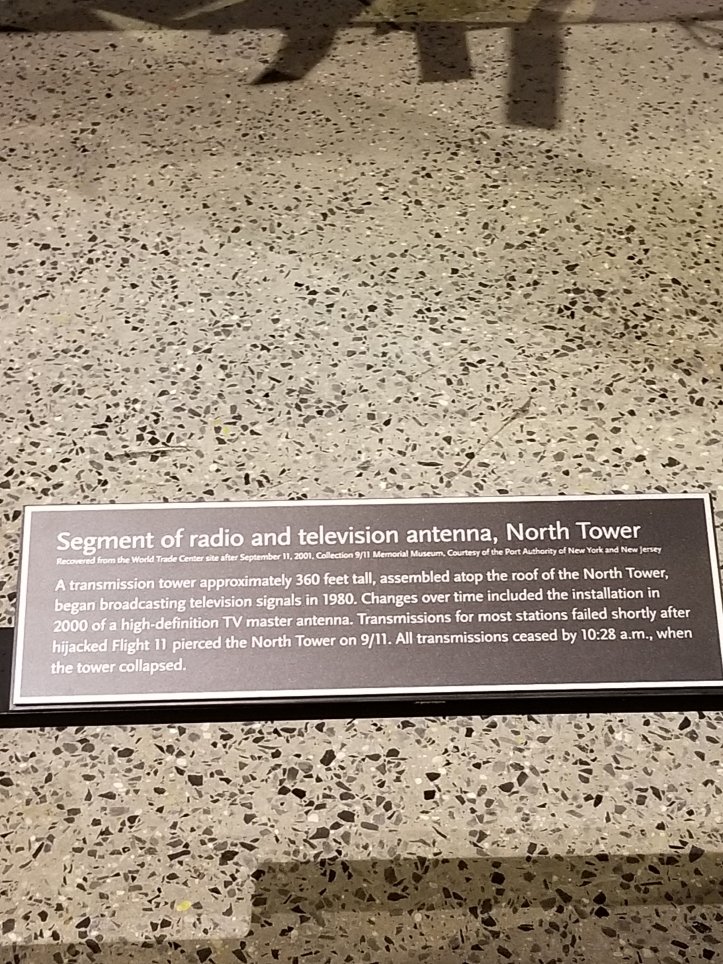 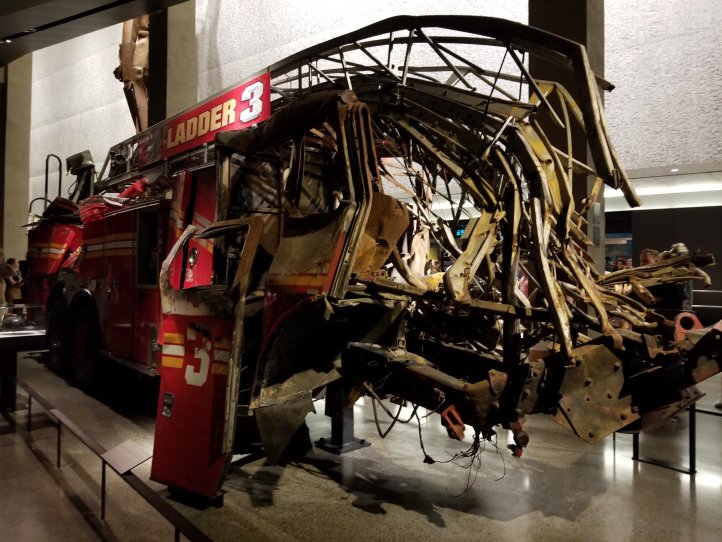 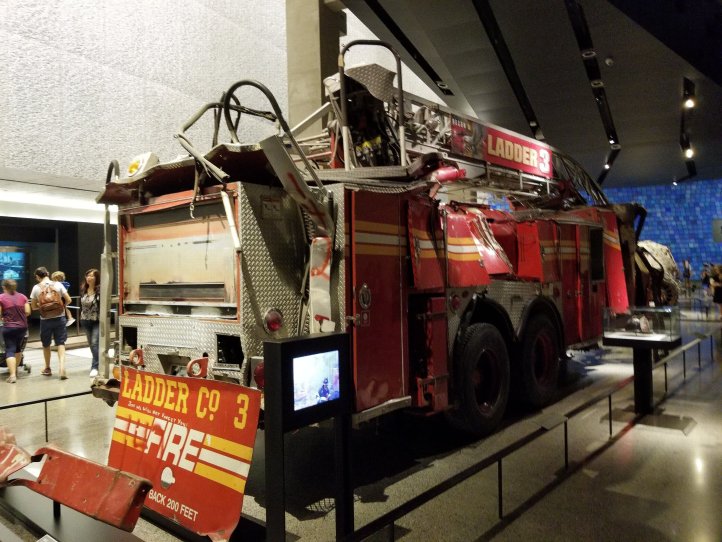 The remains of a Ladder Co. 3 firetruck 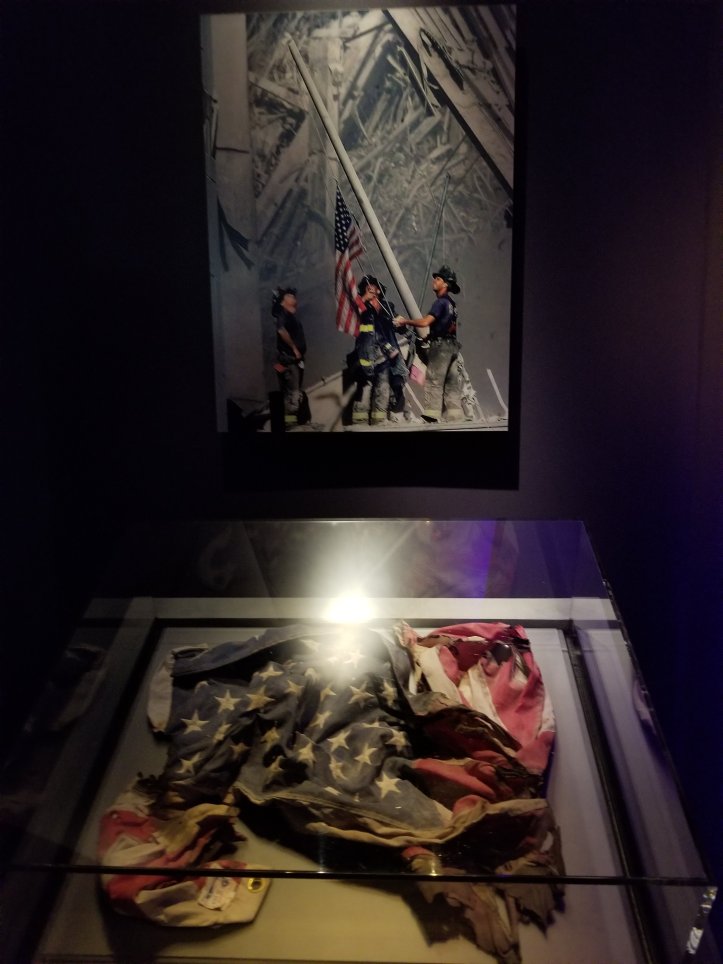 The flag in this case is not the one the firefighters are hanging in the picture. The flag in picture was missing for many years, and has only recently been recovered. 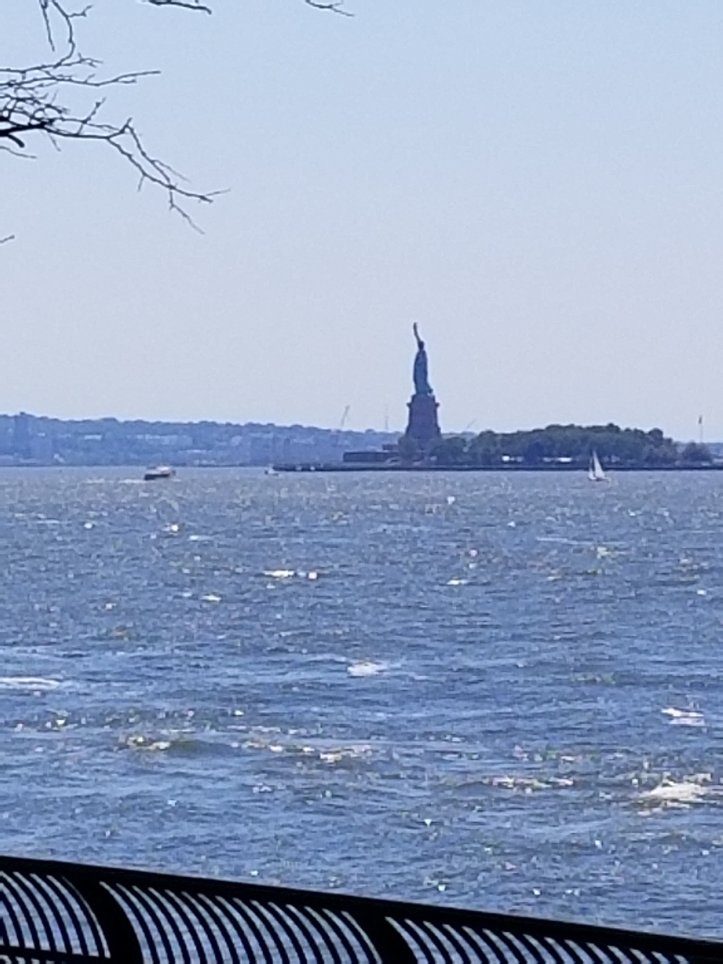 Lady Liberty, not the clearest picture, but she is easily recognized.

I recommend anyone who has not visited the September 11th museum, to do so. It is emotional yet beautiful. My heart broke as I walked through the museum, and yet I have never been more proud to be an American than I was as I saw how strong our country stood during such devastation.

We will never forget…

This site uses Akismet to reduce spam. Learn how your comment data is processed.

As an Amazon Associate I earn from qualifying purchases.